I’m so proud to be part of this amazing project and its new book with my essay Empathy is part of our deepest nature. Museum of Nonhumanity book by Gustafsson&Haapoja is now available online!

”Museum of Nonhumanity is the catalogue for a full-size touring museum that presents the history of the distinction between humans and animals, and the way that this artificial boundary has been used to oppress human and nonhuman beings over long historical periods. Throughout history, declaring a group to be nonhuman or subhuman has been an effective tool for justifying slavery, oppression, medical experimentation, genocide, and other forms of violence against those deemed “other.” Conversely, differentiating humans from other species has paved the way for the abuse of natural resources and other animals. Museum of Nonhumanity approaches animalization as a nexus that connects xenophobia, sexism, racism, transphobia, and the abuse of nature and other animals. The touring museum hosts lecture programs in which local civil rights and animal rights organizations, academics, artists, and activists propose paths to a more inclusive society through intersectional approaches. The museum also hosts a pop-up book shop and a vegan café. As a temporary, utopian institution, Museum of Nonhumanity stands as a monument to the call to make animalization history.

Museum of Nonhumanity is a project by Gustafsson&Haapoja, a collaboration between visual artist Terike Haapoja and author Laura Gustafsson. This long-term project focuses on the ethical and other problems that arise from the anthropocentric worldviews of Western modernism, and seeks to open paths for more inclusive notions of sociality. Their first project, The Museum of the History of Cattle, first exhibited in Helsinki in 2013, was published with punctum in 2015 as History According to Cattle. Gustafsson&Haapoja was awarded a Finnish State Media Art award in 2016 and a Kiila Prize for socially engaged art in 2013.” 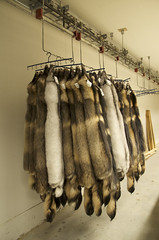 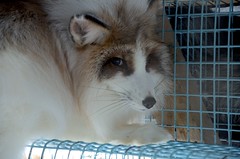